The Right Reverend Mark Davies, the 11th Bishop of Shrewsbury

The Right Reverend Mark Davies was born in Manchester on 12th May 1959 and baptised at St Richard’s Church, Longsight.

Ordained to the priesthood by Bishop Thomas Holland of Salford on 11th February 1984 he served as an assistant priest at Our Lady of Grace, Prestwich, and St Mary’s, Swinton, before he was appointed private secretary to Archbishop Patrick Kelly (then Bishop of Salford) in 1988.  From December 1992 until September 2003 the then Father Davies was parish priest of St. John Bosco, Manchester, and was also appointed Dean of North Manchester in 1999.

In January 2003 Bishop Terence Brain of Salford appointed the then Monsignor Davies as Vicar General of the Salford Diocese. As Vicar General he served as the parish priest of St Teresa Little Lever between 2003 and 2006, St Joseph Longsight between 2006 and 2007 and Holy Family, Wigan, between 2007 and 2009.

In December 2009 Pope Benedict XVI appointed Monsignor Davies as the Coadjutor Bishop of Shrewsbury. He was ordained Bishop on 22nd February 2010 at St Anthony’s, Wythenshawe, Manchester.  On 1st October 2010 Bishop Davies became the 11th Bishop of Shrewsbury in succession to Bishop Brian Noble.

Bishop Mark has always been a great supporter of Youth Ministry, in particular Youth2000, so it is with great joy that the vision for the Shrewsbury Youth Mission Team came to fruition. 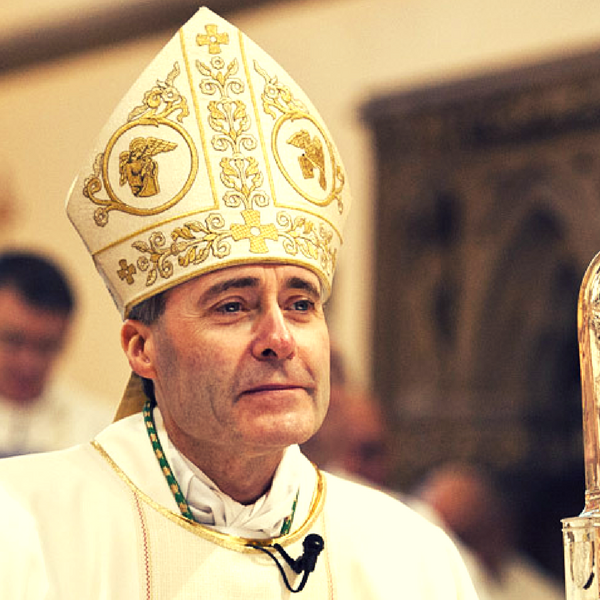