Karol J Wojtyla (Pope St John Paul II’s baptismal name) was born in the small Polish city of Wadowice on 18th May 1920. He suffered great tragedy as a young man with his mother, brother, and father dying before he was 21.

As a young man he loved acting and play writing, a passion that continued throughout his life, and so enrolled in a university to study at the drama school. However after the Nazi occupation of Poland the university was closed down and he went to work at a quarry. Despite the Nazi occupation of his native country Karol Wojtyla remained faithful to God and, feeling called to be a priest, entered a secret seminary to study for the priesthood.

After the Second World War he continued his studies at a re-opened major seminary and was ordained a priest in 1946. During his time as a priest, Fr Wojtyla served in several parishes as well as chaplain to university students. He kept his enthusiasm for the outdoors too, regularly going hiking, skiing and playing soccer.

At the age of 38 he became Auxiliary Bishop of Krakow, 6 years later Archbishop and just 3 years after that a Cardinal (one of the most senior clergy in the Church below the Pope). As a cardinal he played a key role in the Second Vatican Council, and contributed on many documents that have helped shape Church teaching for our time.

Pope St John Paul II was elected as Pope on 16th October 1978 and was pope for almost 27 years. His first words as Pope to the people gathered in St Peter’s Square were:  "Be Not Afraid! Open up, no; swing wide the gates to Christ.”

A key point from his pontificate was devotion to the Blessed Virgin Mary; his Papal motto was ‘Totus Tuus’ meaning ‘totally yours’. Pope St John Paul II had a great love for his people, he met more people that any Pope before him. He had a particular zeal for young people, he founded World Youth Day, the international gathering of young people every 2-3 years that still continues to this day. He was a strong advocate of mercy and forgiveness; this was shown particularly when, after a failed assassination attempt on his life he met with the would-be assassin and forgave him.

The beloved Pope died on Divine Mercy Sunday, 2nd April 2005, nearly 3 million people travelled to Rome after his death to pay their respects and to pray. Pope St John Paul II was canonised (declared a Saint) by Pope Benedict XVI in 2013.

Here is one of our favourite quotes from St John Paul II to young people: “It is Jesus that you seek when you dream of happiness; He is waiting for you when nothing else you find satisfies you; He is the beauty to which you are so attracted; it is He who provoked you with that thirst for fullness that will not let you settle for compromise; it is He who urges you to shed the masks of a false life; it is He who reads in your heart your most genuine choices, the choices that others try to stifle. It is Jesus who stirs in you the desire to do something great with your lives, the will to follow an ideal, the refusal to allow yourselves to be ground down by mediocrity, the courage to commit yourselves humbly and patiently to improving yourselves and society, making the world more human and more fraternal.”

Here’s some of our favourite links about this saint: 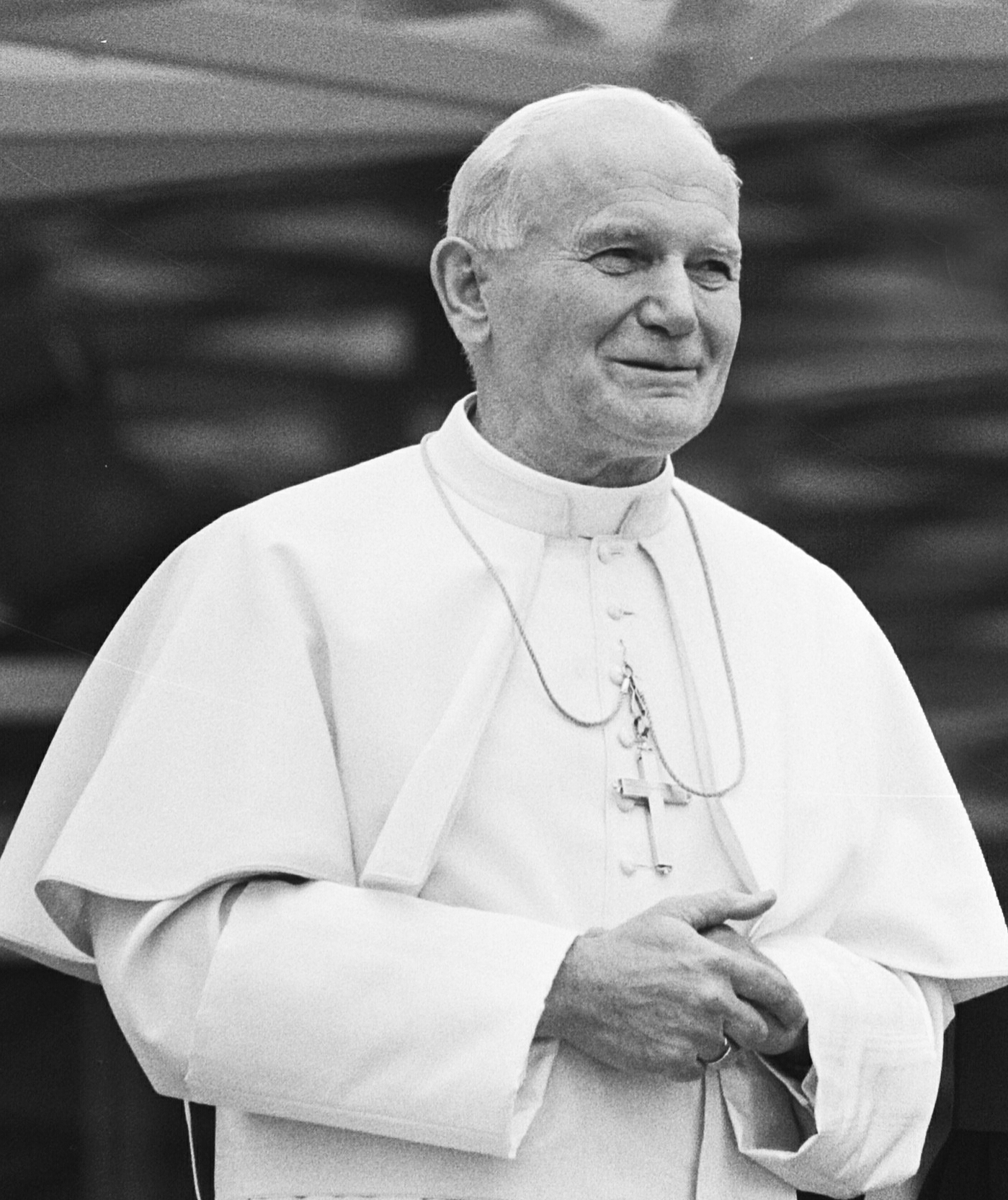